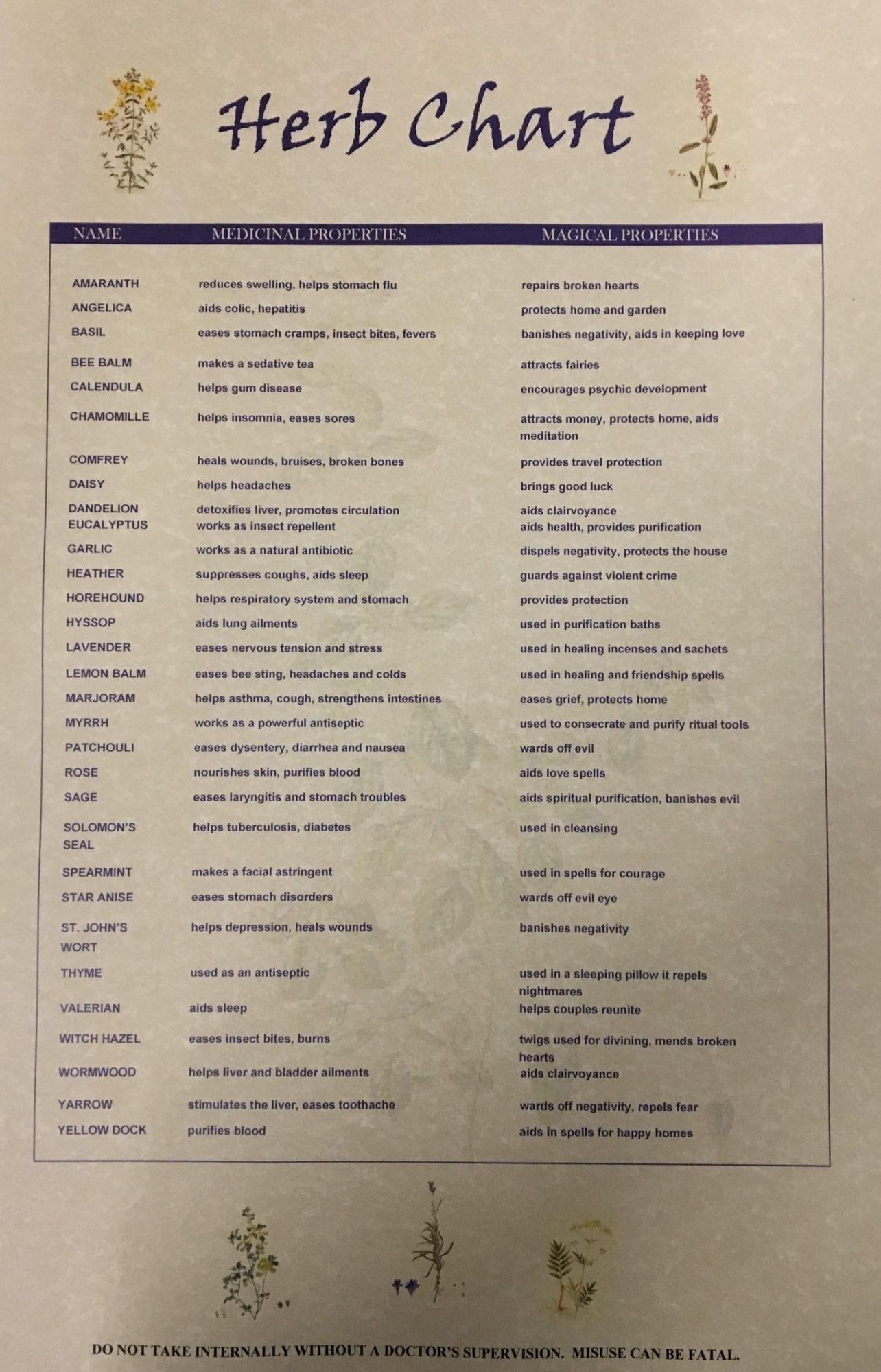 Herbs are a versatile part of spell crafting. In some cases herbs can be used in food, however only some herbs are edible. If one is not familiar with an herb as food, they should not eat it.

Some herbs appear more frequently in spell casting recipes than others. The majority of these herbs have more than one area of correspondence. Below are the top ten herbs found in spell recipes.

It’s widely believed that lavender is excellent for relaxation, sleep, and love. Many use it to help rebalance emotionally, spiritually, and physically.

It’s also used in house blessing and cleansing. Lavender is associated with the planet Mercury and the element of air.

Vervain is considered a versatile herb. Some believe it can be used for creativity, inspiration, purification, healing, divination, protection, and prosperity. Like lavender, vervain can also be used for sleep, relaxation, and love.

To increase prosperity, some herbal practitioners anoint cash before spending it. Vervain is associated with the planet Venus and the element of air.

Jasmine is an herb associated with love, sweet-dreams, and self-esteem. Jasmine is an exotic scent which tends to relax many people, and invigorate others.

Sage is considered to be excellent for purification of any kind. Many traditional smudge sticks are made from sage. According to folklore, growing sage will lengthen the lifespan, and eating it is said to enhance wisdom.

Sage is a very calming herb, and is believed to be good for healing, prosperity, and business. Sage is associated with the planet Jupiter, and the element of air.

Rose is a gentle purifier. Some believe rose can raise the spirit while relaxing the body. It is also used for healing.

In spell crafting, rose can be blended with incense calling for feminine energy. Most practitioners advise against using synthetics. Rose is associated with Venus and the element of water.

Sandalwood is another purifying herb. It is believed by some that Sandalwood can be used to increase the spiritual vibration of an area. Sandalwood is frequently added to meditation and ritual blends.

Rosemary is thought to enhance intellectual pursuits, protection, and memory. It is also used to remove negative energy. Some use rosemary in spells commemorating loved ones who have died.

It is said that rosemary can be used to draw the aid of fairies and elves. Rosemary is associated with the sun and the element of fire.

Lemon is used for purifying and clarifying. It’s widely believed that lemon removes emotional and mental blockages. It is sometimes used in spells for clear thinking.

Cinnamon is used for protection, activity, energy, money, healing, and love. It’s also believed that cinnamon can be used to raise spiritual vibration. Cinnamon is thought to promote calmness and tranquility in children. Cinnamon is associated with the sun and with the element of fire.

True cinnamon oil is irritating to the skin. Cinnamon oil should be used sparingly in spell crafting blends. Only one drop should be needed.

Bay leaves are used for wishes, protection, wisdom, and money. Some believe bay leaves can remove negativity and guard health. It is also used in divination.

Bay leaves are used in spells for promote good fortune and victory. Bay is associated with the sun and the element of fire.

It should be stressed that many plants and essential oils are poisonous and should not be ingested. Essential oils should be diluted prior to use. Also, herbs should always be kept out of reach of children.